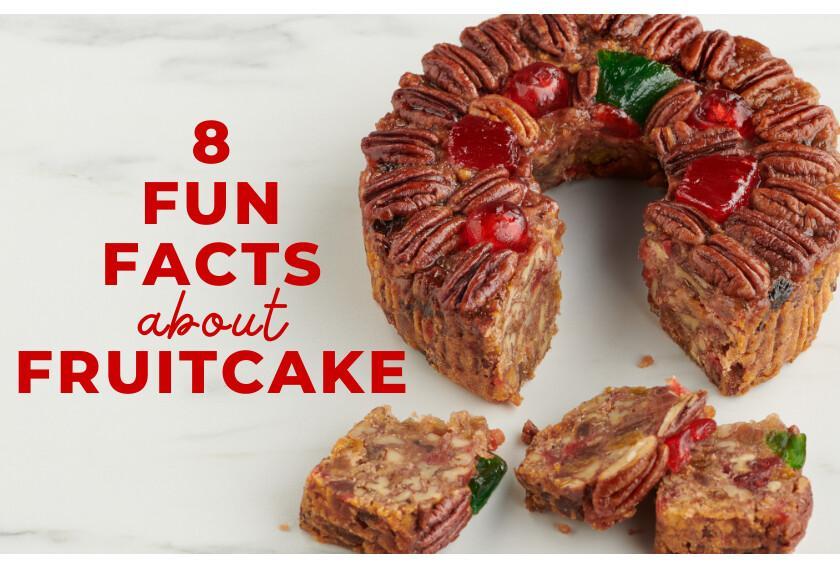 Fruitcake is our favorite. That’s a fairly obvious statement. Nevertheless, it’s true. Perhaps fruitcake is our favorite because it’s super-duper tasty. Or, because there’s nothing quite like sharing a slice with friends and family. Or, maybe it’s because sharing a slice of downright delicious fruitcake with friends and family is the best… we’ll go with that last reason.

So, if you’re like us, and you love sharing fruitcake with your friends and family, then we bet you’ll love sharing these really fun facts about fruitcake too!

#1 - Fruitcake is an ancient dessert

A good starting point for our fun fruitcake facts is the origin of fruitcake. Although it’s possible fruitcake is even older than what records indicate, the earliest reference to fruitcake is found in ancient Roman archives. It’s documented that Romans created a confectionery concoction of pine nuts, barley mash, raisins, honeyed wine, and dried pomegranate. Then, they formed this doughy substance into a cake-like shape and baked it.

We don’t know about you, but to us, this ancient fruitcake recipe doesn’t sound too tasty. Thankfully, our recipe is nothing like the one used by the Romans. Instead, we use hand-picked pineapple, ripe cherries, golden raisins, and crunchy pecans in all-natural, honey-sweetened batter. Personally, we think it’s far better than the Roman recipe. 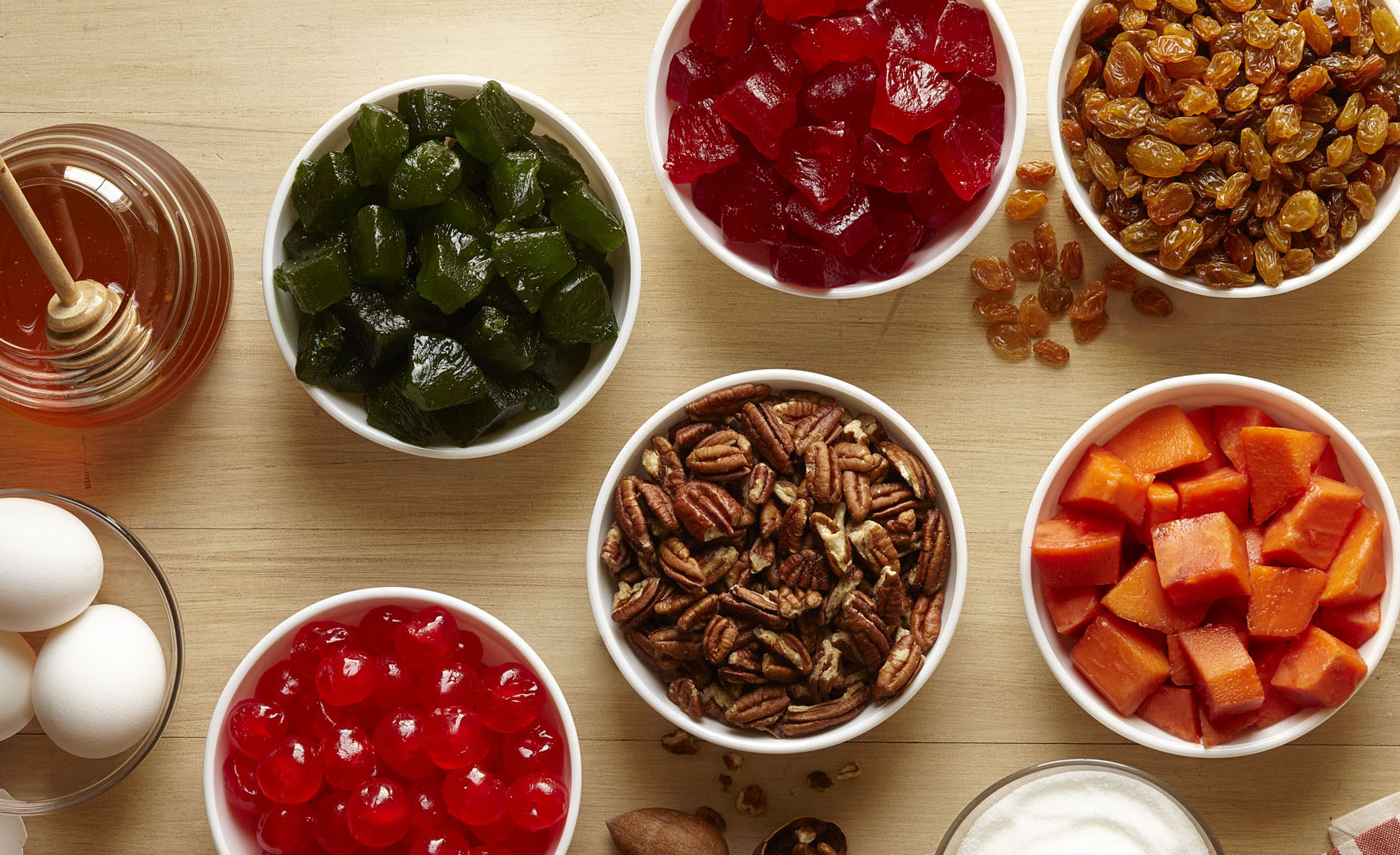 Fruitcake became an American tradition when European settlers traversed the Atlantic Ocean to colonize the New World. Because these settlers did not have established farms, they heavily relied on imported goods from their homelands for sustenance. One of these imported items was sugar. They discovered sugar could be used to preserve fruits quickly and easily. So, with ample candied fruit available, of course, it was a natural addition to fruitcake.

#3 - The “plum pudding” described in British literature is actually fruitcake

If you were ever made to read Charles Dickens as a child, you most certainly have heard of plum pudding. A traditional British Christmas treat, plum pudding isn’t actually a pudding-–it’s a cake. Confusing, we know. What’s even more of a head-scratcher, is that the word “plum” is a generic term for dried fruit of any kind.

Sometimes, you wish people could just say what they mean. 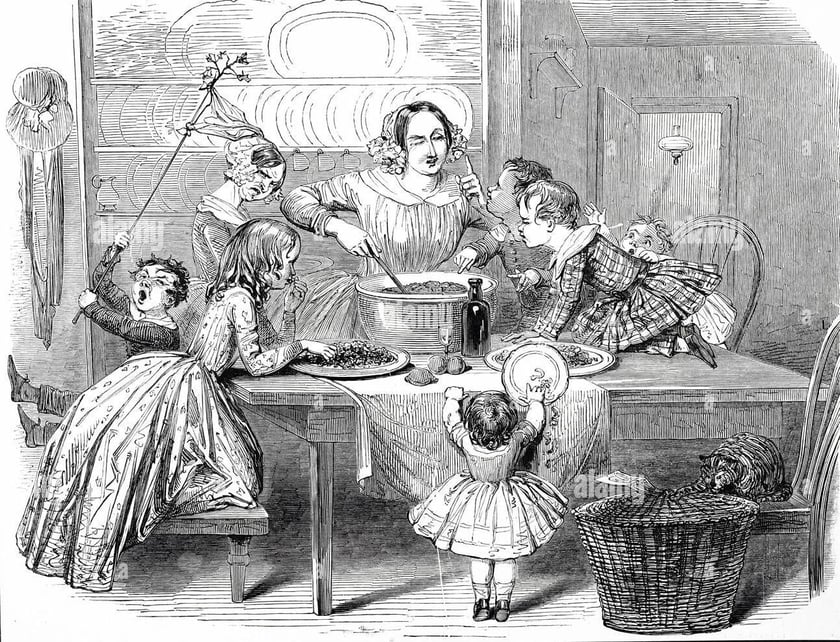 #4 - At one point, plum pudding, aka “fruitcake,” was illegal

In 17th century Europe, plum pudding was outlawed for being “sinfully rich.” To fully explain this ridiculous-sounding law, we’d have to dive into a lot of dry history, so we’ll give you the Reader’s Digest® version.

When Oliver Cromwell defeated Charles I and brought the 1640s English Civil War to an end, he staked his claim as Lord Protector over what was termed The Commonwealth.  Cromwell, being a Puritan, a strict subset of Christianity, sought to rid Britain of activities deemed immoral, sinful, corruptible, or non-Christian. This included anything seen as overly indulgent. Plum pudding was seen as thus, and therefore, outlawed. This law didn’t last long, however, and was revoked in 1660 when King Charles II took the throne.

In New Zealand, wedding cakes are traditionally made from several layers of expertly-baked fruitcake. Finely-iced and supremely-decorated, these fruitcakes are often impressively large, and several layers high. Sometimes served alongside a hot custard, these cakes can be flavored with cinnamon, cloves, and nutmeg. 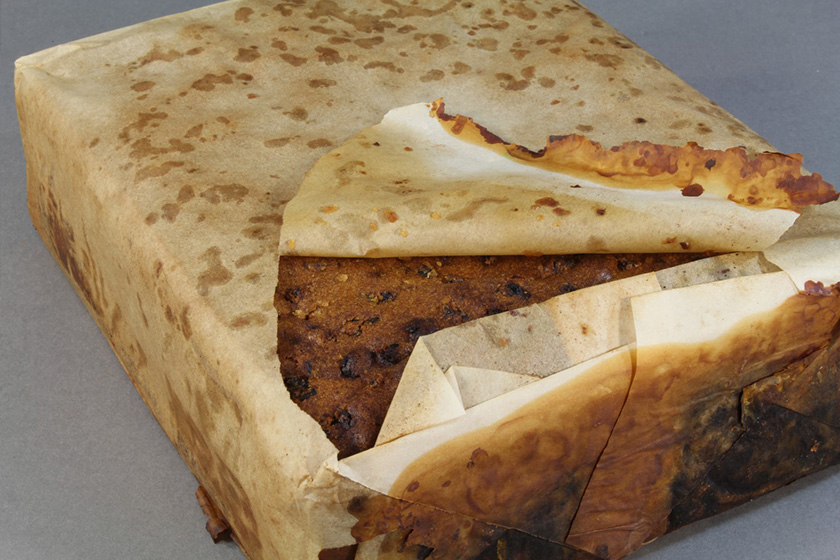 #6 - Fruitcake infused with alcohol can last for decades

In 2017, a liquor-soaked, 106-year-old fruitcake was discovered in East Antarctica.  Since it had been infused with enough alcohol, the cake was described by the discovering archeologists from the Antarctic Heritage Trust as being in “excellent condition” and “almost edible!” Read the whole story on our blog, How a 106-Year-Old Fruitcake Fueled Scientific Discovery.

One of the food staples sent with astronauts on the first space missions was fruitcake. Because fruitcake is a shelf-stable pantry item requiring no refrigeration and no cooking before consumption, it was an ideal snack to pack. Nowadays, fruitcake is no longer included in space shuttle kitchens, as scientists have extensively developed a variety of nutritionally-dense, freeze-dried food packs. But, we could not have gotten to where we are today if we hadn’t started with fruitcake. Read the whole story on our blog, Fruitcake in Space.

Could we really have a fruitcake fun fact list without including Collin Street Bakery? 125 years is a long time to be baking the world’s best fruitcake. How did we do it? By using only the very best ingredients, employing only the finest bakers, and backing all our products with our 100% satisfaction guarantee. What’s even sweeter is that our DeLuxe® Fruitcake is expertly shipped all over the world. That’s one really fun fruitcake fact. 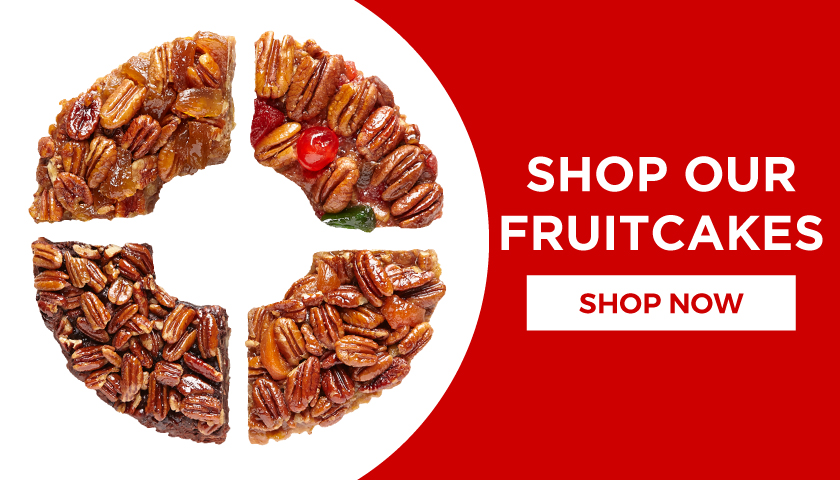 All This Talk About Fruitcake...

All this talk about fruitcake must be making you hungry. Hop on over to our specials page to shop our selection of cakes and treats, on sale today.