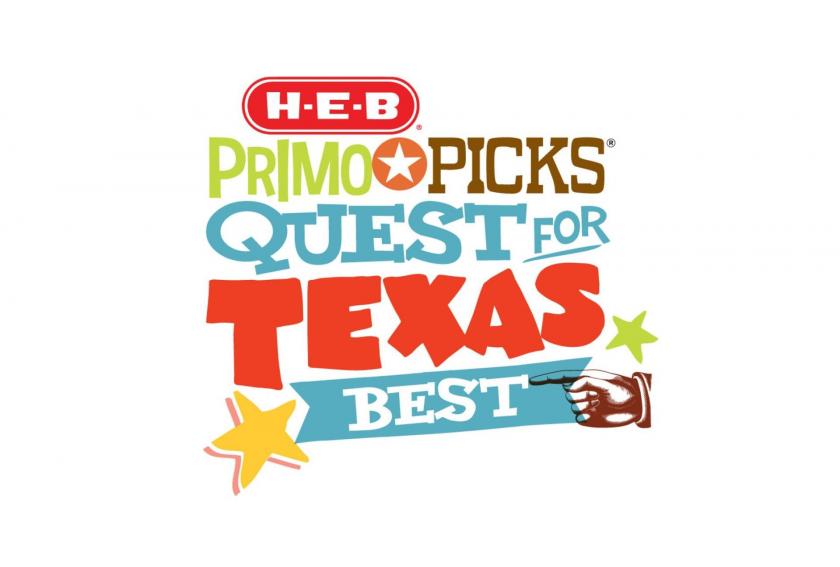 Posted in: Bakery Community
No comments

For the last five years, H-E-B has hosted an open call competition with the goal of discovering and highlighting the absolute best made-in Texas products. Every year, entries from across the Lone Star State flood the H-E-B offices. Each contestant nurturing the hopes of winning famed recognition and placement on H-E-B’s hallowed store shelves. This past year, Collin Street Bakery decided to enter into the competition’s fray.

Armed with only our well-seasoned bundt pans and hefty baking mitts, we took a collective deep breath and threw our hats (or cakes) into the ring. Little did we know what this competition would have in store for our humble bakery. But like most things in life, it all began with an opportunity and a touch of faith.

It all began back in February of 2018 when our Director of Sales, Dave Lee, suggested entering into H-E-B’s competition during one of the executive staff’s weekly meetings. Just the week before, he had seen an ad promoting the competition during the Super Bowl. It struck him as an intriguing opportunity. “Why don’t we enter our fruitcake into the Quest for Texas’ Best competition?” purposed Dave. “It would be a great opportunity for the bakery and for our customers.” After some communal head nodding and murmured intrigue, the response was an exuberant and resounding, “Yes! Let's do it!”

However, entering would not be as simple as mailing one of our fruitcakes down the road.

The rules of the competition are strict. “[H-E-B] wants each product submitted to be unique and original,” recounted Thomas McNutt, fourth-generation Collin Street Bakery owner. “They really want to be the exclusive seller of each product. The problem is a lot of our cakes are already being sold in our own bakeshops or on grocery store shelves… So we had to come up with new ones.”

It had been nearly six years since Collin Street had released a new Pecan Cake flavor. That’s a long time in bakery years. After some preliminary brainstorming and focus-grouping, the bakery’s best brains had settled on a couple of exciting new flavor combinations which they were eager to test. So, off to the bakery these ideas flew with the hopes our esteemed bakers could make our confectionary vision a reality.

Ask anyone who’s tried one of our Texas Pecan Cakes and they’ll tell you; it’s not just our cake’s flavors which makes them so special. It’s the cake’s unique consistency and texture in combination with the right flavors which intrigues the senses and captivates the palate. Achieving the right balance of all components can be tricky, but not impossible. Luckily for us, our Head Baker, Pat Bourland was up to the challenge of making not one, but TWO brand new flavors of Pecan Cakes. What were these flavors you ask?! Drum roll, please……

But making these flavor combinations work took some finagling. Each new cake flavor presented its own set of challenges. “When we taste tested the Salted Caramel Cake… we wanted the caramel to really come through strong. So we had to adjust the pecan to caramel ratio,” recalled Pat. “So right now the cake is roughly 50/50 pecans to caramel. Then there was a question to the amount of salt. Too much, too little… finding the right balance was tricky.”

“When we made the Cherry Fudge Cake, we wanted to double the cherries. They are, of course, one of the two critical ingredients. But when we added more cherries, it muddled the texture. So we tried leaving out the raisins and pineapple and it seemed to solve the problem,” recounted Pat. “And of course, we wanted the cake to have a strong chocolate flavor. So we added chocolate chunks and extra cocoa powder. We tried adding chocolate chips to the top of the cake for decoration but, it looked terrible. So we decorated the top with pecans and cherries instead.”

All this to say, it took a couple dozen baking attempts and a lot of sampling, but we finally were able to do it. We had made our brand new spanking products and they were ready for their contest debut.

Now for those of you who might not know, H-E-B is a grocery store chain somewhat comparable in size and product offering to an Albertsons or an ALDI. First founded in 1905 as a stand-alone grocery store, H-E-B steadily grew into a massive grocery store conglomerate. With more than 350 stores sprinkled across the state of Texas and regions of northeast Mexico, H-E-B is ranked at No.12 on Forbes list of “America’s Largest Private Companies.”*

Having started from humble Texas beginnings themselves, H-E-B wanted to pay their success forward. So in 2014, they launched the first ever Quest for Texas Best Competition in order to elevate the recognition of locally based brands. The competition was a success from the start. In their first year alone, H-E-B received entries from over 128 towns across 74 grocery categories. By 2016, the competition has received over 1,500 total entries. Last year alone, H-E-B waded through over 600 individual entries to crown a grand prize winner.

Needless to say, H-E-B has positioned itself as a powerful advocate of made-in-Texas brands. With over 200 locally created products making their appearance on H-E-B’s shelves, the competitions hype was enough to attract the attention of budding food entrepreneurs and established brands alike.

In 2018, H-E-B celebrated their fifth year of competition with the largest swell of entries to date. Over 700 items were submitted for consideration across a myriad of grocery store categories. Collin Street Bakery owned just three of those submissions… Statistically, the odds were not in our favor. However, nothing ventured, nothing gained.

So basically, any company who wants to win the grand prize must first be selected as one of the top 25 products.

This had us asking ourselves, “What does it take to secure one of the coveted top 25 slots?” The truth is, we don’t know. H-E-B keeps their first selection process pretty under wraps. However, they did release a general metric by which they judge entries. Every submission is judged based on 6 criteria: taste and flavor, customer appeal, value, uniqueness, market potential, and differentiation from current products at most H-E-B stores.

In short, it takes more than a tasty product to secure one of the top 25 spots.

On July 23, 2018, H-E-B issued the highly anticipated press release naming the top twenty-five products who were to advance through to a final round of judging.

“Over the past five years of this competition, we have tasted more than 2,700 of the most creative Texas-based food and beverages in pursuit of Texas’ very best… Each year keeps us on our toes with innovative products, and this year is no exception. We are proud to continue a program that gives small business owners the opportunity to share their pride and joy with H-E-B shoppers across the state.”☨

We quickly scrolled to the bottom of the webpage, where the finalists were listed in alphabetical order. “Afia Foods… Bellville Meat Market…. Cappadona Ranch…. COLLIN STREET BAKERY!” Cue the party poppers! We made the top 25!

After some celebrating and enthusiastic high fiving, it was time to turn our sights to the next stage of the competition. The press release summarized how the next phase of judging would be conducted. The top 25 finalists would present their creations to a panel of expert judges, who would deliberate and select winners based on three criteria: product quality, product marketability, and overall product readiness.

The second phase of competition would be conducted in less than a month in August at the Central Texas Food Bank in Austin.

It was time to hone our pitch.

In August, when the contestants arrived in Austin, they had no idea what to expect. For many of the brands invited, this was their first big potential break. The energy surrounding the event matched the magnitude of the opportunity. The atmosphere was electric.

Thomas McNutt, one of the individuals selected to represent Collin Street Bakery, described the scene. “When we arrived, H-E-B really wanted to show us, contestants, off. There were live bands and great food. The Texas Agricultural Commissioner, Sid Miller was there; the First Lady of Texas was there. I mean local celebrities were walking around and there were hundreds of people. It was the coolest thing.”

In all the hype and preliminary celebration, it was hard to remember there was still work to be done. Each company still needed to pitch their brand, explaining why they should be crowned the Grand Prize winner. Thomas McNutt shared his own experience on stage.

“They had these panelists serving as judges; they were celebrity chefs, H-E-B executive, and TV hosts from the Food Network. The pitch was just like Shark Tank. My brother [William] and I had twenty minutes to pitch our company, our brand, and our new products. We ended up entering a Cherry Fudge Pecan Petite, a Salted Caramel Pecan Petite, and a Texas Pecan Cake with a special crumb topping.” shared Thomas McNutt.

“We highlighted our Texas heritage and our grown-in Texas ingredients,” Thomas elaborated. "But the thing is, we weren’t just pitching to the judges! We had to pitch in front of an audience of several hundred people as well. So we went up there as the fruitcake brothers and did a big comedic brotherly presentation. We take our business very seriously, but we don't take ourselves that seriously.”

After all the presentation has concluded, it was in the judges' hands.

On the last day of the event, the winners had been selected. As the announcer ascended the stage and began distributing gratitude to those whom had helped host H-E-B and their contestants, suspense gradually built. It was a couple of nail-biting moments, filled with pregnant pauses and suspended breath. Then with much flourish, it was time to award the prizes…

The third-place prize went to… Pennymade from Austin, TX.

The second-place prize went to... Bellefontaine from Houston, TX.

Finally, the Grand Prize Winner and the holder of the title “Texas Best Primo Pick” went to… Mmmmpandas from Austin, TX.

As it turns out, Collin Street Bakery did not place top four. But we’re okay with that! As Thomas McNutt put it, “A lot of people viewed us as an oddball. We were actually the oldest and largest business in the contest. From our perspective, they were right. H-E-B wanted to give smaller brands with less recognition an opportunity and a boost. Collin Street Bakery didn’t fit that model. They made the right picks as far as we’re concerned.”

We here at the Bakery felt honored to just be named in the top 25. “If you’re one of the top 25, you’re considered Quest royalty,” continued Thomas. “We’ll get invited back to future Quest events from now on and perhaps even be on panels to help future contestants. We get to tell our story and guide budding brands.”

“We’re a made in Texas brand,” chuckled Thomas with a playful glint in his eyes. “We’ve already won.”

Resources: Forbes.com* and HEB.com☨, Find more info about the contest at www.HEB.com/quest.