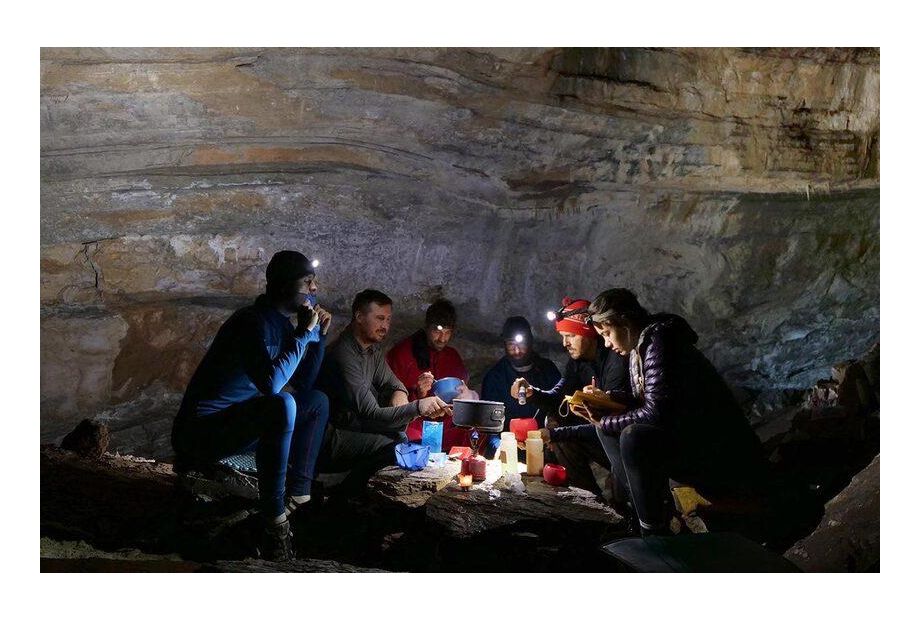 Have you ever taken the time to consider just how much of Earth is still unexplored? Seriously—stop and think about it.

According to recent studies, marine biologists have only explored five percent of the oceans, leaving a whopping ninety-five percent of the deep blue sea a complete and utter mystery.  Additionally, while the Amazon Rainforest is a thriving hive of biodiversity, its immense size and density inhibit researchers from quantifying its exact biological content. Lastly, Antarctica, formerly believed to be a solid block of ice devoid of life, has recently revealed a pool of exciting new research opportunities. The frozen continent boasts millennial-old glaciers sitting atop stoney land masses teeming with yet-to-be-observed frozen microorganisms.

The reality is, exploring all the nooks and crannies of our planet might be impossible to accomplish. However, this fact does little to deter scientists and researchers from continuously trying.

Take for example a research group called PESH, or Proyecto Espeleologico Sistema Huautla. For almost a decade, PESH, an official project of the National Speleological Society and the United States Deep Caving Team, has been exploring, surveying, and studying the Huautla-area caves. Not only does Sistema Huautla rank as the deepest cave in the Western Hemisphere and the ninth deepest cave in the world, but it is also one of the least explored areas on our planet. However, with a little time, plenty of hard work, and a lot of fruitcake, PESH hopes to change that. 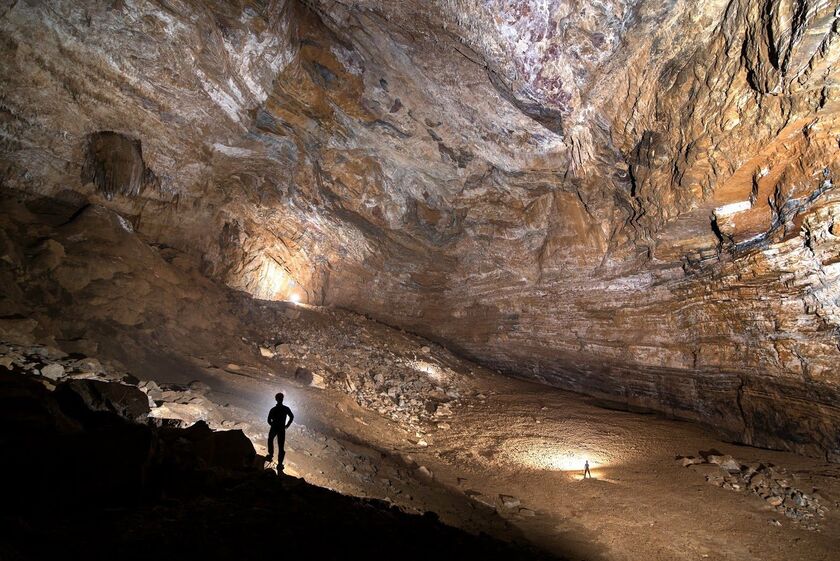 What is Sistema Huautla?

Within the rocky mountains of the Oaxaca, Mexico resides Sistema Huautla—an interconnected labyrinth of caves, chambers, tunnels, and waterfalls. The sheer complexity and depth of this cave has helped facilitate its reputation for being one of the greatest underground cave systems in the world.

“As a reference, the Carlsbad Caverns, located in New Mexico, is known for having one very big chamber called the Big Room. Well, Sistema Huautla has at least twelve chambers of that size. In fact, one of those chambers is twice the size of the Dallas Cowboys’ stadium!”

Makes you wonder, with an underground cave system as expansive as this, how was Sistema Huautla not discovered sooner? Well, if it hadn't been for a group of curious cavers, it’s very possible it would have never been discovered at all.

How Was Sistema Huautla Discovered?

The Sistema Huautla was discovered in 1965 by a group of cavers from Austin, Texas. While trekking through the mountains, they noted how several rivers mysteriously disappeared into deep limestone chasms. The rivers, plummeting endlessly down into enveloping darkness, never seemed to resurface. This led cavers to question where all the water was going.

Over the next few decades, the questioning of the river's resurgence location fueled the exploration of these caves. Speleologists from both North America and the United Kingdom flocked to the region each to explore the area's numerous cave entrances. After several years of patient, independent exploration, it was postulated that the cave entrances, positioned in fairly close proximity to one another, might be interconnected. At the time, this idea was rather shocking, as it had been believed this group of closely-located cave systems to be independent of one another. However, further exploration proved these caves were actually all linked, thus catapulting Sistema Huautla into the scientific spotlight. 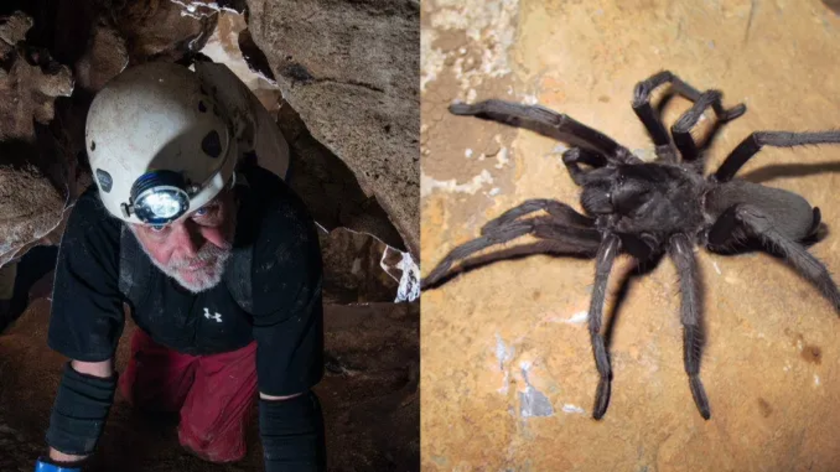 Why is Sistema Huautla So Important to Scientists?

Besides its depth and length, what makes this cave system so compelling to study? For this answer, we turn back to Bill Steele. “Sistema Huautla is just the perfect storm of geology for cave development,” says Steele. "The distinct geology of a cave means it has a lot more interest in other branches of science other than just speleology—branches like paleontology, archeology, and biology, just to name a few. Take for example the biological discoveries we’ve made because the caves are isolated. Around forty-eight species have been found in these caves that don’t live anywhere else.”

The list of compelling biological data collected from the depths of Sistema Huautla is impressive and includes a skull of a giant ground sloth, a cave-adapted scorpion, and a newly discovered species of tarantula affectionately named after Bill Steele.

A rather niche branch of science eager to expand its research in this area is the study of toxicology—the scientific study of adverse effects that occur in living organisms due to chemicals. According to a National Geographic article covering PESH’s exploration of Sistema Huautla, “New species of scorpions are always of interest to scientists because they could potentially be used to develop a more effective antivenin… According to Dr. Oscar Franke, the scientist in Mexico City who is working with PESH, the best way to learn about the lethality of the scorpion is to either collect a living sample, or be stung firsthand.”

As Bill Steele reports, “We’ve been told that if someone gets stung, to keep notes. But, that hasn’t happened yet.” 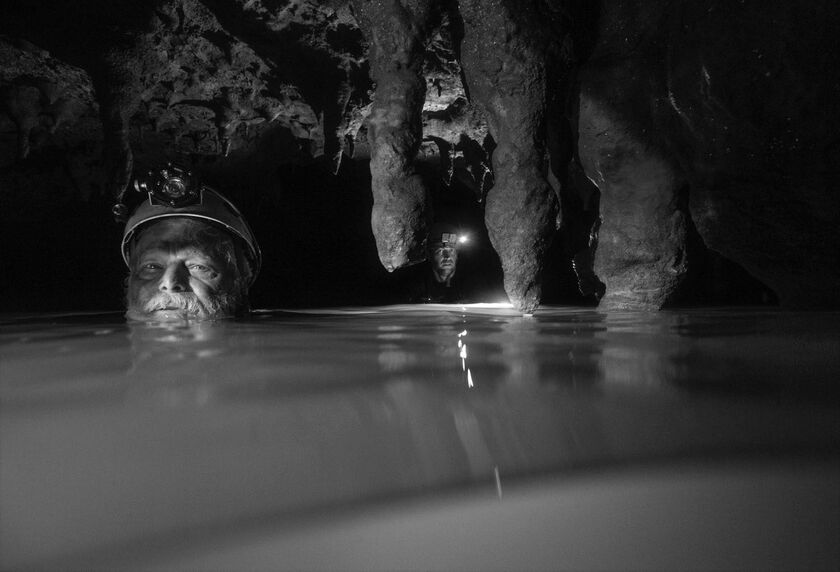 Bill Steele inside a water-filled cavern of Sistema Huautla

What is PESH and What Do They Hope To Accomplish?

As stated on PESH's website, this group of scientists is committed “to exploring, surveying, and conducting comprehensive speleological studies of Sistema Huautla area caves.” This includes conducting annual expeditions with the goal of reaching a cave length of 100 kilometers, and a cave depth of 1,610 meters. However, their mission is not so narrow as to be limited to a specified cave depth or length. They also aspire to support the underground research of local Mexican scientists.

Personally,  Bill Steele calls Sistema Huautla “the masterpiece of my contribution to speleology.” Having recently turned 73, this year’s 2022 expedition marks Steele’s 27th trip to the region. With three more years remaining in PESH’s 10-year-long expedition commitment, only time will tell what amazing and unknown discoveries PESH has yet to uncover.

The PESH exploration team isn't just making scientific discoveries. They’re making snacking discoveries! In fact, they’ve recently discovered our fruitcake is the perfect adventure snack! Why? Because fruitcake is fuel! Calorie-packed, shelf-stable, and super tasty, fruitcake is no longer just considered an after-dinner dessert. With just a few bites of fruitcake, these hikers, campers, and cavers have unlocked ample amounts of sustainable energy.

That’s why for the past five years, Collin Street Bakery has proudly supplied Sistema Huautla explorers with boxes of our DeLuxe® Fruitcakes and DeLuxe® Petites, in addition to bags of our Cinchona® Ground Coffee. Fully fueled with their snack cravings satisfied, the PESHs cavers can stay focused on the goal at hand—exploring!

Interested in learning more about Bill Steele and his crew of fearless cavers? Check out our other articles detailing PESH’s annual adventures!