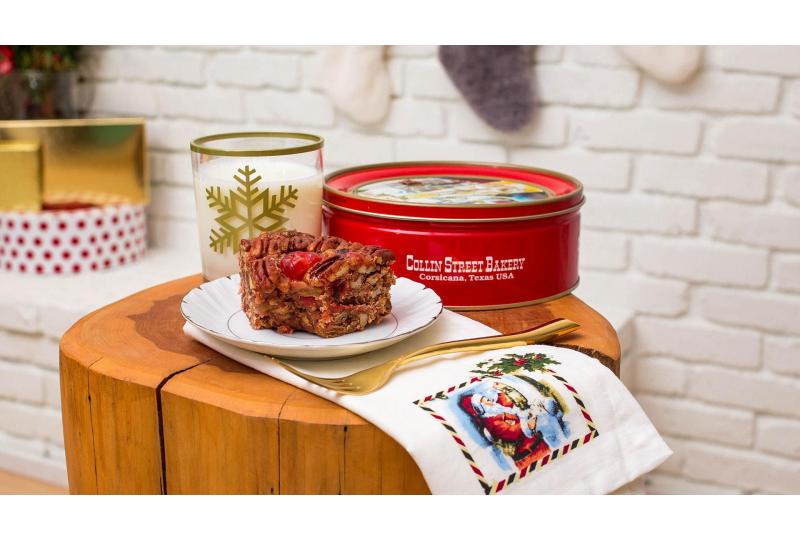 After 122 years of selling “Christmas Fruitcake,” we are so fortunate to still be the small-town Texas bakery known around the world.

Featured on Food Network, The Travel Channel, & ABC’s The Chew, the DeLuxe® Fruitcake has been a Christmas tradition since 1896!

See for yourself why our DeLuxe® Fruitcake is a Christmas must-have:

Why Is The DeLuxe® Fruitcake The Best Christmas Cake?

Fruit cake was invented out of necessity in the days before refrigeration. In those days, coveted fruits, preserved from the summer harvest, were combined with nuts and baked into a dense cake which could be kept in the root cellar for long periods of time.

These cakes were then brought out in the dead of winter, a welcome celebration of nature's bounty during a time of the year when things were scarce. The celebratory nature of these cakes made them a natural Thanksgiving and Christmas treat.

14 Unique Facts About Our Christmas Cake