Fruitcake is Fuel: A Boost of Energy 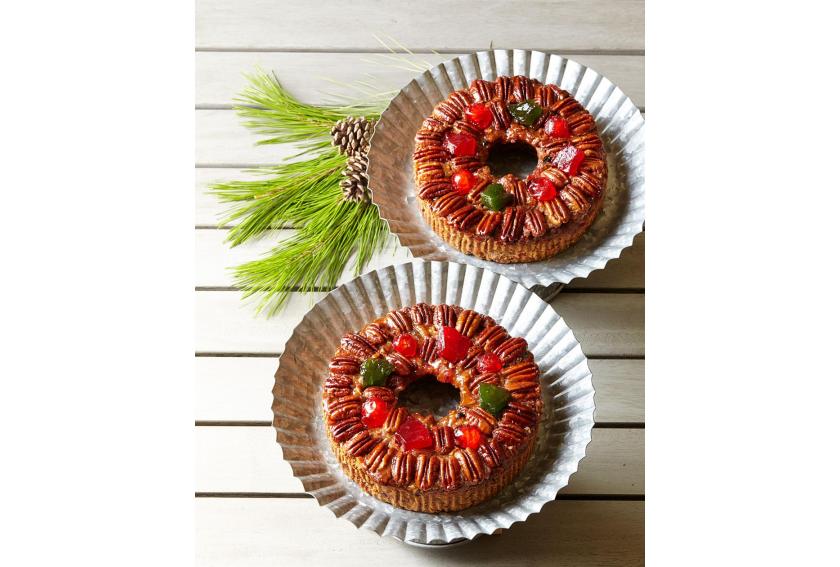 Posted in: Fruitcake
No comments

Have you ever wondered, where do all the fruitcakes go when it's not Christmas time? Starting in November, it’s assumed that almost every holiday party or family gathering through the new year will have a traditional fruit cake adorning its table. It’s a well-known fact – it’s what we have come to expect year after year. But what happens come January 1st? Do all the fruitcake bakeries put away their bundt pans, store their flour, and wait in a patiently quite and expectant hibernation till cooler weather makes a reappearance?

You read that right! Fruit cake is becoming the camping food of choice for active summertime enthusiasts.  No longer just considered an after-dinner dessert, hikers, bikers, and campers are taking their fruitcakes out of the kitchens and into the wilderness! Why? Because fruitcake is fuel – not only is it yummy, it’s also a great source of energy. It was for your great-grandfather, and it still is for you.

Since most of you might not have ever considered fruitcake as an outdoor treat, it’s possible to think we are yanking your chain.  We can almost hear your internal thought process, “Good one, Collin Street! Trail mix, granola bars, protein packs…These are the foods for outdoor athletes on the go. But fruitcake..?”

Honestly, fruitcake and trail mix are pretty similar. The only difference between trail mix and fruitcake is the rich and luscious batter holding a fruitcake’s ingredients together. Outdoor enthusiasts bored of packing trail mix and meal replacement bars realized this connection, too. Thus, a new source of nutrition was found and a new camping/hiking food trend was born! And yes, we understand your initial confusion – but just take a second to think about what makes fruitcake a fruitcake:

A Hiker’s Dream: Fruitcake is Perfect for the Outdoors

We sent our fruitcake on a hike with outdoor trail hiker Jeremy. Recently returning from a three and a half-day hiking trip inside Big Bend National Park in Texas,  Jeremy packed a few of Collin Street Bakery’s finest fruitcakes with him instead of bland, traditional MREs (meals ready to eat, AKA dehydrated food) or trail-mix.

Jeremy: I was the only one not using dehydrated meals in a bag (MREs). Instead, I took two (fruitcakes), just because of weight... I like fruitcake!

CSB: So you’ve had fruitcake before?

Jeremy: Oh yeah! I've had plenty of them.  A lot of the guys that we went on the trip with were like, "I don't know if we're eating enough." Some of the guys, I think had lost 10 pounds (by the end of the trip). I didn't even weigh myself because I didn't think about it... I basically lived off of the fruitcake, almond butter packets, and beef jerky.

CSB: So how did you hear about using fruitcake as fuel while on the go?

Jeremy: I heard (about a conversation between) our fitness coach talking (with Will McNutt from Collin Street Bakery). (Will) asked if we’d be interested in taking some fruitcakes. I said, "Heck, yeah. I'll take them. I'll take some." Because I like eating. I guarantee you it (fruitcake) will give you energy.

CSB: Do you have a favorite flavor of fruitcake?

Jeremy: The apricot one was my favorite. I had never had the Texas Blonde before, which is basically like the original one just without the flair of red and green fruit on top.

CSB: How did you prepare it?

CSB: Have you tried our Chocolate Covered Fruitcake Petites?

Jeremy: I didn't know you made petites... A lot of guys on the trip were talking about, "I wish I had brought more carbs. I was so worried about protein." I think one guy, he had one small bag of trail mix, and it had M&M's in it. He said, "Man, I wish I had more chocolate," and if he goes again next year, he might like something like that!

Some people just hear fruitcake and say, "Ugh," like, "Ugh." I guarantee if you handed this *gestures to the box of Chocolate Covered Fruitcake Petites* to him and said, "Hey, try this, it's the exact same thing!”

You see, the thing about Jeremy is he’s not just a hiker; he’s a full-time Mail Carrier for the U.S. Postal Service!  So he knows a thing or two about being active outdoors and the food it takes to keep you going. We asked him what it takes to keep him full and fueled while on his route.  Turns out, your mailman is pretty specific about his nutrition.

Jeremy:  I’m active anyways. I don’t walk as much now as I used to on my mail route. I used to walk 21 miles a day... all walking from 9:00 am to 4:00 pm! It’s not a good feeling to have a big full gut when you’re walking around.  Like yesterday, I skipped my snack period, because I was in a big hurry trying to catch back up, and so I stopped at a little deli got chicken strips, and then I was just miserable after I ate it. I felt like garbage.

CSB: Do you ever buy energy bars or meal replacement bars?

Jeremy: Yes sometimes; I keep a jar of peanut butter in my lunchbox or almond butter… or honey.  I eat it with a spoon with fruit or dried fruits. And you see, (fruitcake) is all that in one thing….

I think these *gestures to fruitcakes* taste better than some energy bars... they don't taste bad, but they're gritty. It’s like sand is in them or something. I'm just like, "What is in this stuff?"... No matter which flavor it was, they all kind of tasted the same...

There was a Paleo bar that is completely Paleo, it's made out of dates and something else, all of them taste the same. I was like, "These aren't bad, but ... I'm not looking forward to eating this," necessarily.  It was more of, "I have to eat this," or, "This is what I'm going to have to eat."

But Jeremy’s exposure to fruitcake isn’t just as a personal, nutritious snack. Being that he works for the post office, he’s delivered a lot of fruitcakes.

Jeremy: Working at the Post Office here, I’ve seen how many people get them (fruitcake).   It’s crazy!

CSB: In Texas, a lot of people know about Collin Street Bakery, but they would never think, "Oh, I could take that with me on that fishing trip, or that hunting trip, or while I'm working."

Jeremy: Yeah!... Me and my wife went to Florida. We were in Destin, Florida, out on the beach, out on the water just chilling and this older guy was out there making small talk with us.  He was like, "Well, where are you guys from?" - "Oh, we're from Texas, close to Dallas," and he said, "I've been over there," he said, "Where about?” - "Corsicana," and he said, "Oh! The fruitcake!" I said, "Wow!" I'm over here in Florida and this guy knows about Collin Street Bakery and its fruitcake.

Here’s the thing – Jeremy is just one of the many trendsetters bravely forging a path of outdoor snackers. While other hikers are dryly choking down their handfuls of glorified bird seed, Jeremy and outdoor enthusiasts like him are happily enjoying a slice of delicious and nutritious fruitcake.  Fully fueled and their snack cravings satisfied, these trail trekkers have found a way to stay nourished without needing to eat dehydrated astronaut food. Perfect for grabbing some energy, Fruitcake is great for camping, hiking, and any and every outdoor expedition in between – it’s changing the snack game as we know it.

Early innovators have always been teased; thought to be eccentric by most, until their ingenuity and genius are truly understood. We all want to be a part of the group of innovators who usher in new trends; those individuals who can claim to have discovered something before it was even mainstream. Traditional camping food is changing. So it’s time to ask yourself: Are you a camping food innovator?

Heading off to the great outdoors? Looking for the perfect fruitcake pairing? Well, you’re in luck! At Collin Street Bakery, we offer the world’s best fruitcake – like really. With a variety of fruitcakes to choose from, you’ll never get bored!