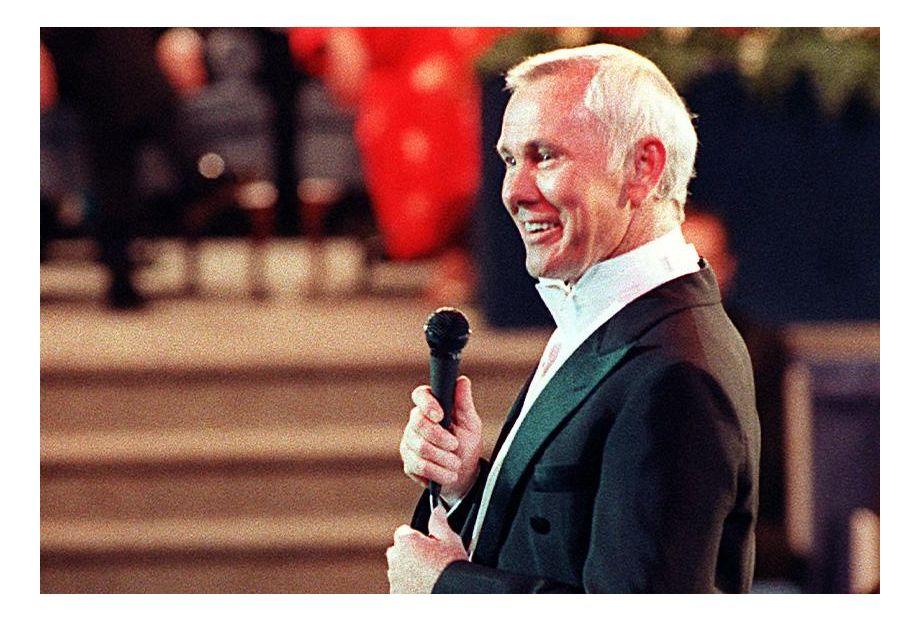 On May 21st, 1992, Johnny Carson ended his thirty-year stint as the host of The Tonight Show. This was a significant moment in television history, as it was arguably Carson who made late-night television a household, entertainment staple.

For nearly three decades, Carson had woven himself into the nightly routine of millions of viewers. Featuring the most popular figures of the day, Caron’s list of guest celebrities, politicians, musicians, actors, and actresses stretches the length of the Hoover Dam. A born comic, Carson was astoundingly quick and shockingly witty. His on-set interviews only rival in humor his well-scripted stand-up routines.

Astute, mentally nimble, and concise, Carson was able to cut to the comedic heart of any scenario. For many Americans, he was their metaphorical mouthpiece, vocalizing the collective thoughts of the common man. He was one of them, and yet not. For others, he was more akin to a guidepost or beacon, providing a perspective, logical reason, and direction. Many people made decisions based solely on the words of one, Mr. Johnny Carson. Sometimes, to disastrous effects. 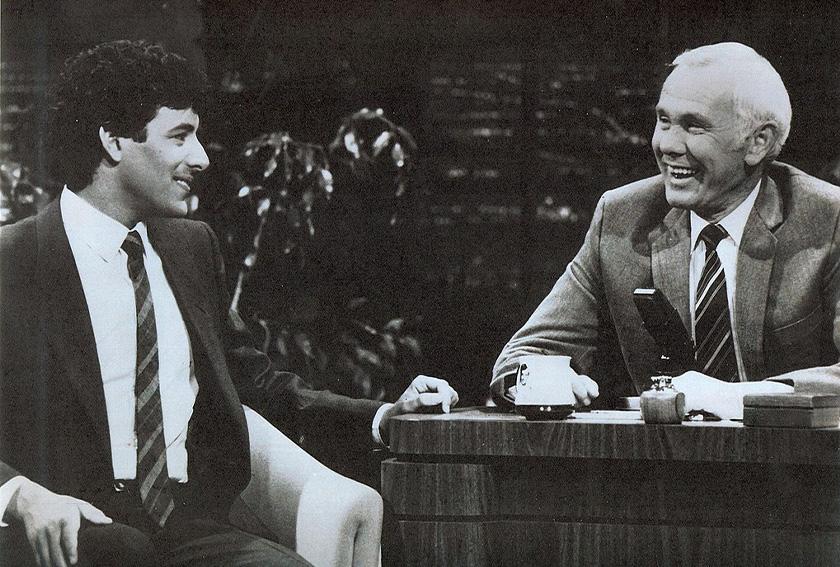 The Power of Suggestion

In December 1973, Carson cracked a joke about a made-up, country-wide, toilet paper shortage. The joke, intended to tickle and amuse, led to a 20-million American stampede on retail stores. People rushed to hoard bathroom tissue in a manic frenzy. The incident was so significant, it became a topic of national news. CBS’ own Walter Cronkite reported on the story saying, “The Scott Paper Company, citing panic buying on the retail level, said today it is implementing an allocation system for the national distribution of toilet tissue. A Scott spokesman said unfounded rumors of a shortage has caused excessive demand at retail outlets.”

Carson later issued a clarification of his original joke stating, “For all my life in entertainment, I don't want to be remembered as the man who created a false toilet paper scare. Apparently, there is no shortage!" Despite his apology, the damage had been done. It took grocery stores and other businesses weeks to replenish their wiped-out inventory. The incident came to be known as, “The Great Toilet Paper Scare.” If there was ever any evidence of the power of suggestion was real, this was it. But then again, maybe it wasn’t just about the power of suggestion. Maybe, it was the power of Carson’s suggestions.

Carson had the ear of the American people. His jokes were iconic. His perspective was unequaled. His word was gospel. If the funniest man in America said something, it had to be true, right? 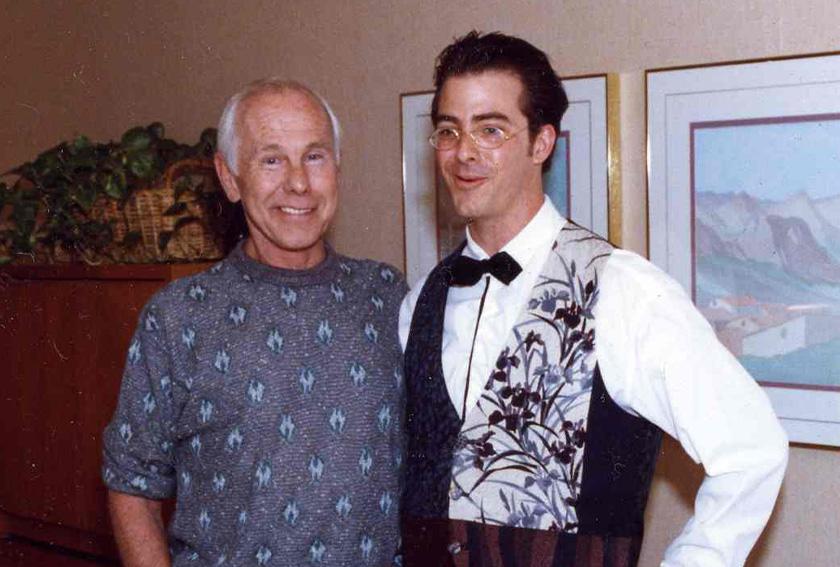 Coincidence? - We think not.

Upon reflection, it's hard to tell if Carson himself understood the power of his own presence. One wonders if he had, would he still have made the comments he did? If he could have predicted the lasting impact of his words, would he still have said them? Unfortunately, in 2005, at the ripe age of seventy-nine, Carson passed away, leaving no way to ask. The best we can do is look at the reverberating effect of Carsons’ words in our lives today.

This reflection calls to mind Carson’s infamously ionic fruitcake joke, “The worst gift is a fruitcake. There is only one fruitcake in the entire world, and people keep sending it to each other.” For many, that wisecrack sliced like a hot knife through soft butter. Almost immediately after the jokes airing, fruitcake sales drastically declined. Coincidence? We think not.

Prior to Carson’s comment, fruitcake had always been a holiday dessert staple. Loved by many, fruitcake was considered a family tradition and a Christmas icon. Its popularity was global, viewed as a delicious, confectionary delicacy. Countless countries including Australia, Bulgaria, Canada, France, Germany, Ireland, Italy, India, Mexico, New Zealand, Poland, Portugal, Romania, Spain, Switzerland, and the United Kingdom each lay claim to their own unique and regionally-specific fruitcake recipes. 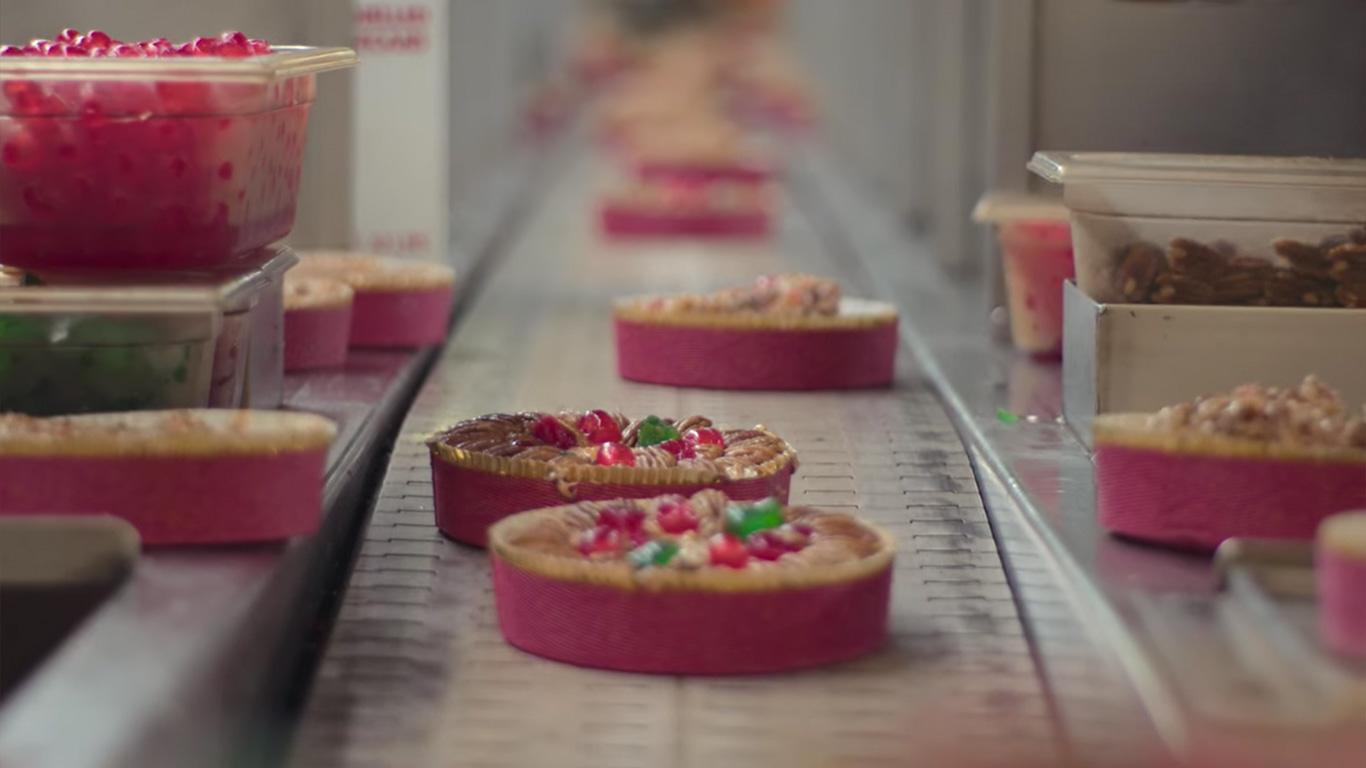 In fact, fruitcake’s worldwide fashionableness stems from deeply embedded historical roots. Prior to the advent of modern methods of preservation, our ancestors found creative and ingenious ways of preserving the precious fruits and nuts gathered during the fall harvest. One of those methods included baking a cake of high-quality flour, sugar, and butter, and incorporating into the batter candied fruits and nuts. The notion being left alone, the shelf life of these precious ingredients would be detrimentally short. However, when combined, their preservational capacity dramatically increased, enabling the baker to enjoy the bounty of the harvest even in the barren months of winter. Often reserved as a special treat for significant occasions, fruitcake was often the dessert of choice for Thanksgiving and Christmas. Thus explaining the tightly knitted correlation between the cake and the holidays.

Even after the creation of preservatives and refrigeration, the custom of making fruitcake continued. Like many traditions, the practicality of the practice became irrelevant. But its symbolic association to joy, family, togetherness, and thankfulness remained. That is, until 1978... 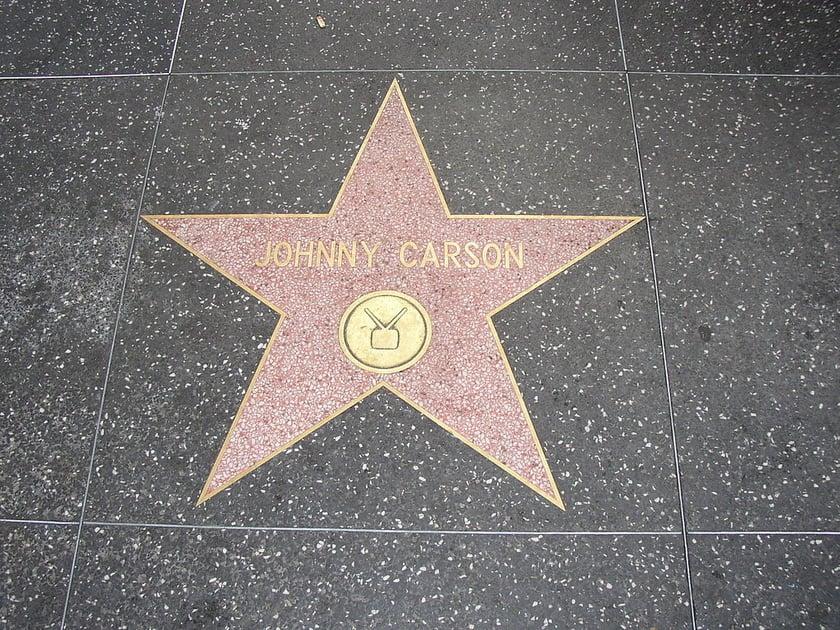 The Decline of the Fruitcake Empire

On November 22, 1978, with the American population poised and watching, Carson cracked his fruitcake joke. Waves of laughter rippled through the on-set audience, and presumably, across the country. And, snap! Just like that, fruitcake was out of fashion. No longer was it a symbol of hard work, family, and love. In an instant, it was relabeled as a curiously heavy cake, made with unknown ingredients, associated with aging family relatives. Too dense to eat, fruitcake’s use was relegated to use as a boat anchor, a doorstop, or a brick.

How is it possible, a beloved tradition with historically documented roots dating back to the days of the ancient Egyptians could fall out of style overnight? - Had the whole world been faking the fruitcake love for centuries till Carson finally broke the pretense? Or was Caron’s opinion so influential, so heavily weighted, the general population was concerned that to contradict him was to cast themselves as a social pariah?

The evidence to the latter is significant. For one thing, while fruitcake sales in the United States drastically declined, worldwide affection for the confectionery treat remained steady. That’s unsurprising when you think the majority of Carson’s audience were located in the U.S.. So, was this another case of Carson's power of suggestion? I mean, it wouldn’t be the first time Carson accidentally influenced the opinions and buying habits of an entire country - remember “The Great Toilet Paper Scare?”

Makes you wonder, just how everybody was afraid they’d be unable to spare a square, is it possible people were afraid to admit that they themselves did like fruitcake?

Nobody Puts Fruitcake In A Corner

What’s more to think about, over the past ten years, fruitcakes sales have started to recover. Despite having been considered a confectionary castaway, fruitcake has been slowly making a kind of cultural comeback. Why is this? - Maybe it’s because ‘You can’t keep a good fruitcake down,’ or ‘Nobody puts fruitcake in a corner.’ Or perhaps it’s because, since Carson’s retirement in 1992, fewer people remember his iconic fruitcake joke, therefore fewer people are influenced by it.

It’s also very possible fruitcake’s mounting popularity has something to do with its recent liberation as a ‘holiday only indulgence. No longer resigned to being just a seasonal treat, fruitcake has been discovered to be a calorically dense nutrition source for endurance athletes. With a taste and texture comparable to granola or energy bars, fruitcake has become a substitute for long-haul bikers, hikers, and skiers.

Think we’re kidding? Nope - We don’t have Carson’s gift for wit. Just read these reviews left by people who swear by fruitcake as a source of fuel… 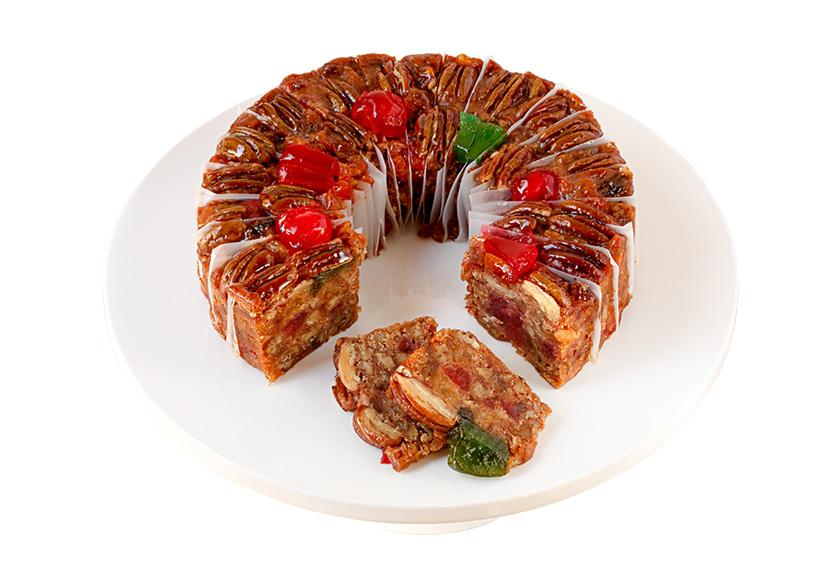 “As I read through the ingredients of a Collin Street DeLuxe® Fruitcake™, I noted the high level of carbs and protein... All bound in one great-tasting product. I found [it] provided at least 45 minutes of energy before I needed to stop and eat again. I loved having the fruitcake on hand!”

“Fruitcake tastes great! One thing I've found trying different kinds of [energy] bars during [bike] races is that some of them are so dry you almost have to spit them out – you can't get them down. Fruitcake [isn’t] like that because they're so moist.”

“[Thea] had introduced me to the idea [of fruitcake] on one of our previous hikes... Her father had read an article about using fruitcake as an outdoor snack substitute for granola bars and energy gels... It was such a hit in [their] family, I thought I’d give it a whirl. We hike the whole way feeling fueled by our fruitcake.”

SEE?! The Testimonies Speak For Themselves! 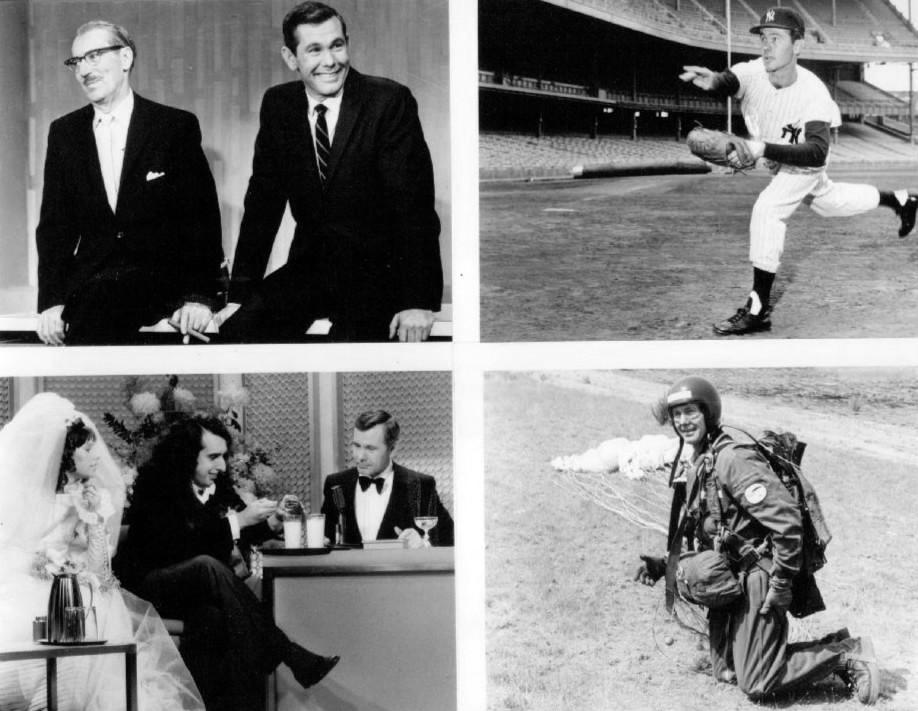 And There Goes Johnny

To settle any confusion, we don’t dislike Carson. He was a comedy giant who cracked a couple of jokes at fruitcake's expense. Comics make jokes; it’s what they do. For them, no topic is off-limits - all subject matter is fair game. So, we don’t take his comments personally. But we do wonder, what if pound cake had been his punchline instead… 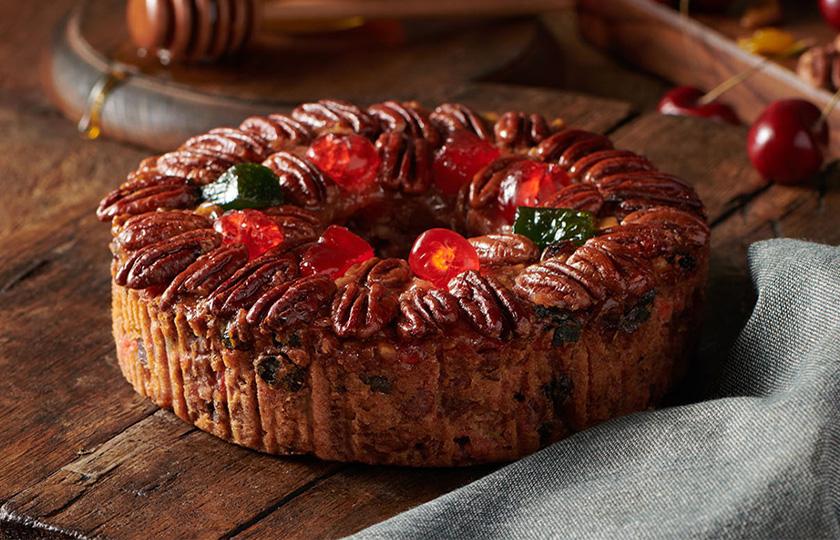 We’re on a mission!! We want to prove that #FruitcakeHateIsFake. Help us make our case by trying a slice for yourself and leaving us a review. Order one of our world-famous DeLuxe® Fruitcakes right now and tell us what you think!