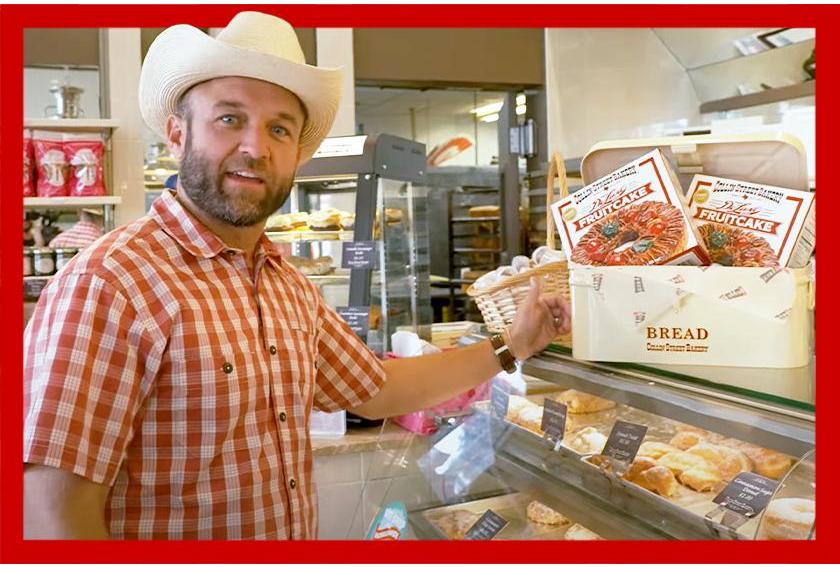 Chet Garner figures himself to be a bonafide TEX-PLORER. Nicknamed the Daytripper, Chet travels all across the Lone Star State visiting iconic Texas landmarks. So, it was only a matter of time before he found his way to Corsicana to explore the home of the world-famous DeLuxe® Fruitcake and our iconic bakery.

“I know, fruitcake gets a bad rap. But these aren't those cement blocks your aunt brings to Christmas. Oh no! These are arguably the tastiest fruitcakes on the planet. We get a personal tour to see what makes these fruitcakes special.”

Who Is Chet Garner?

If you’re not a Texas native, you might be wondering, “Who is Chet Garner?” Chet is the creator, executive producer, writer, and host of the DayTripper. He’s also a born-and-raised Texas boy, which means he loves BBQ, his family, and his faith. Sometimes called the “trail boss,” Chet travels to all corners of the state, highlighting famous Texas monuments and uncovering hidden gems. For Chet, exploring is a full-time job.

Not only can you catch a clip of his most recent adventure on his YouTube channel, but you can also read about them. He’s a frequent editorial contributor to Texas Highways Magazine. Regaling readers about his travels, he’s a wealth of credible knowledge about the hottest Texas spots. As his website says, his mission is to “inspire you to head out on your own Texas-sized adventures.” 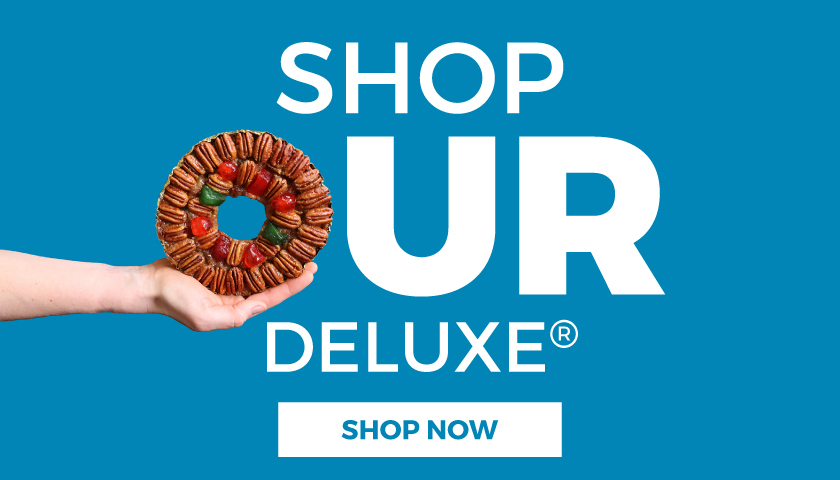 Taste What Chet Is Talking About!

Try for yourself the cake that stopped Chet in his tracks. Order our DeLuxe® Fruitcake today! Available in a variety of sizes and variations, any DeLuxe® you pick is a winner. Give us a go. The Daytripper did.