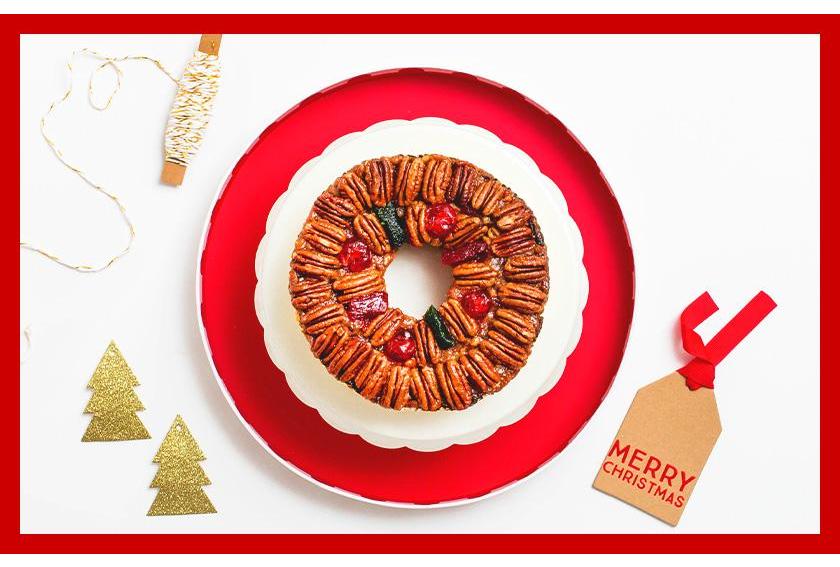 At the Collin Street Bakery, the holiday season means one thing: fruitcake! During the season, our ovens basically run day and night to keep up with the flood of Christmas orders. Our DeLuxe® Fruitcake is the centerpiece for countless family traditions. So, it’s really important we try our darndest to get everyone their fruitcakes by Christmas.

You could say baking a million pounds of fruitcake every year is our holiday tradition. But, that’s just us. There are other equally weird and wacky holiday habits all across the country.

In fact, depending on where you call home, Christmas’ looks a little different everywhere. While some enjoy a Hallmark holiday complete with pine trees, white snowfalls, and gingerbread cookies, others enjoy chili peppers, roast pigs, and bonfires. But before we dive deeper into these less-known holiday hoedowns, we want to share more about our own. 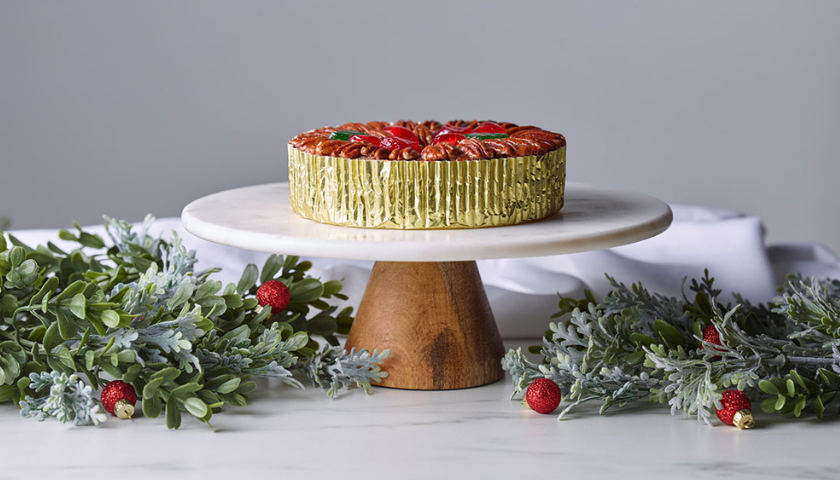 Interestingly, many scholars place the origin of fruitcake in the same time period as the Ancient Egyptians. Egyptians were the first in recorded history to create cakes from locally available fruits and grains. Often, these cakes were included in the ceremonial burials of Egyptian royalty.

Fruitcake later made an appearance in Europe with mentions of various kinds of fruit cakes crafted in the Middle Ages. The Romans even recorded their own created their own kind of barley mash cakes made with pine nuts, pomegranate, raisins, honey, and spices. Mention is made of Crusaders carrying the cakes to sustain them during their long trips away from home.

Trade routes further cemented fruitcake into European culture as exotic fruits and nuts were introduced into new recipes. These fruitcakes steadily gained popularity across Europe until they were banned in the 18th Century for being "sinfully rich.”  By the end of the 18th Century, there were laws in place restricting the availability of fruitcakes (or their alternative term: plum cakes). 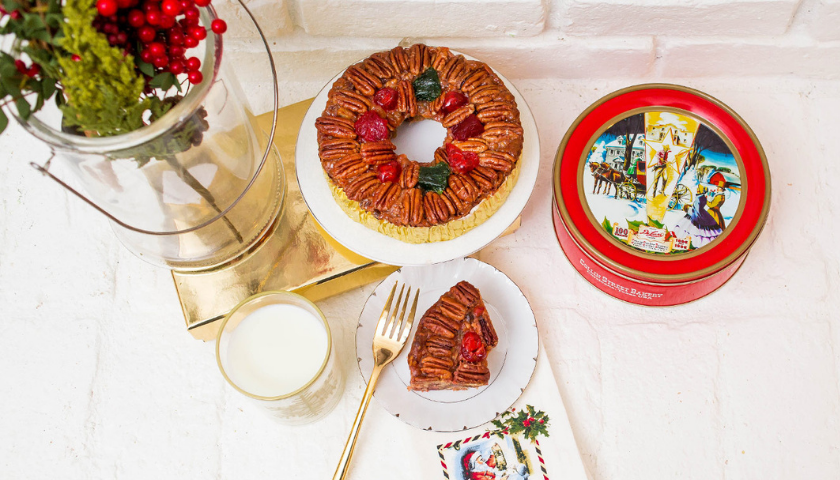 After sweeping through Europe, the fruitcakes made their way to North and South America where they were coveted as celebratory cakes for Thanksgiving and Christmas. For reasons unknown, Texas was the home to a number of popular, mail-order fruitcake purveyors. Collin Street Bakery became the largest in Texas (and the U.S.), but there was also Eilenburger’s Butternut Bakery in Palestine (TX), Mary of Puddin’ Hill in Greenville (TX), Texas Manor Fruitcake in Manor (TX), and Ya-Hoo! Baking Company (originally Mrs. King’s Bakery) in Sherman (TX).

Thanks to fruitcake’s long and storied holiday history, we’re happy to say it is not going anywhere when it comes to holiday traditions. And even though the season carries its “staple” traditions – large feasts, family gatherings . . . Hallmark movies – there are some across the country that aren’t so common.

There you have it, fruitcake’s long holiday road made it to the U.S. and we’re all the better for it. Now head on over to our holiday sweet-tooth traditions - around the world article, where we venture across the globe to examine other holiday traditions in some of Collin Street’s most supportive countries. 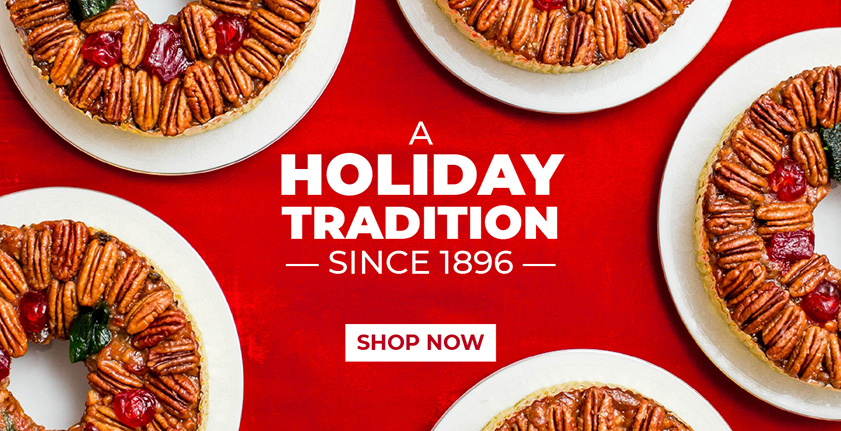 Order a DeLuxe® Fruitcake today to start building your own holiday traditions.