Fruitcake Hate is Fake—We Can Prove It 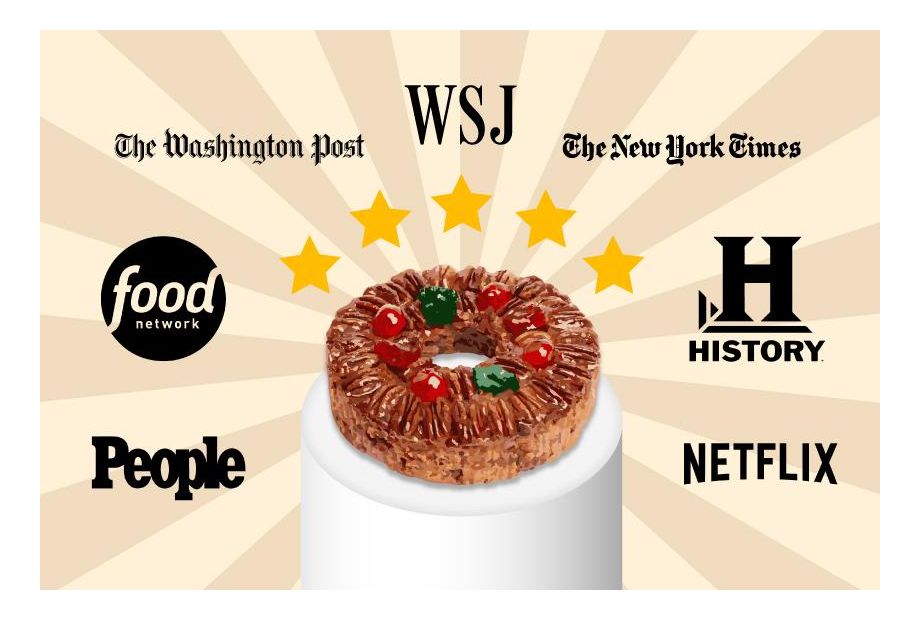 Fruitcake Hate is Fake—We Can Prove It

It’s time to taste the fruitcake everyone’s talking about!

What do you think of when you hear the word fruitcake? Some say that fruitcakes are only as good as a doorstop. That fruitcake is not even eaten—just passed around from person to person during the holidays. Heck, some are so bad you could use them as boat anchors.

For some fruitcakes, that may be the case. But, not for our world-famous DeLuxe® Fruitcake, featured on Netflix, Food Network, History Channel, and more! It even boasts rave reviews in The Wall Street Journal, The New York Times, and People Magazine.

Our DeLuxe® Fruitcake has also been enjoyed by some very recognizable figures including Nolan Ryan, Stephen King, Steve Harvey, and Chuck Norris. Are you going to contradict Chuck Norris? We didn't think so.

You may not believe it, but every year, Collin Street bakes and delivers over one million pounds of fruitcake across the globe. Our DeLuxe®️ totally destroys the fruitcake stereotype. Expertly crafted for over 125 years, there's a reason why it's called the DeLuxe®. Superior to all others in taste and texture, our fruitcake truly is the best.

Shipped in its own collectible tin and available in four sizes, pre-sliced and unsliced variations, a gluten-free option, and even as bite-sized Petites, any way you want to snack, we've got you covered.

Now that we've laid out the fruitcake facts, have we convinced you to stop the fruitcake hate? Come on, give our DeLuxe® a chance—there's nothing to lose! Backed by our 100% satisfaction guarantee, we're pretty confident you’ll like what you taste. 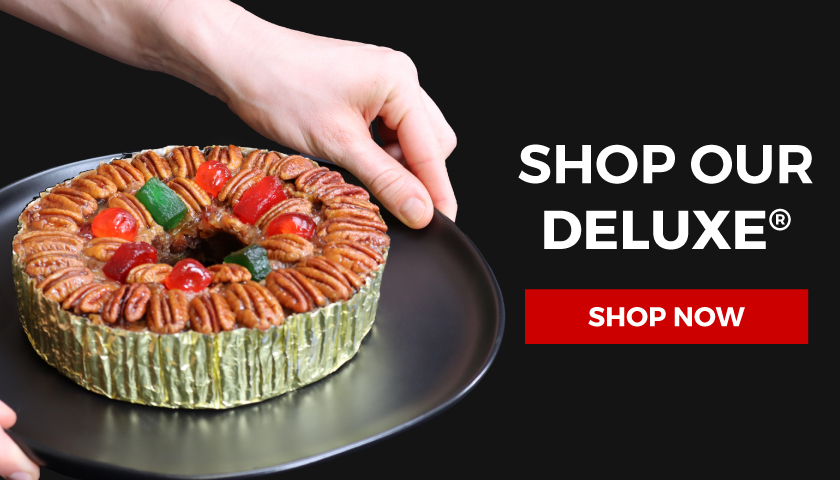 Taste What Everone Is Talking About

Made with crunchy pecans, hand-picked pineapple, and all-natural honey, our fruitcakes are sweet and delicious. With just one bite, you’ll understand why our DeLuxe® has been Collin Street’s crowning achievement for over 125 years. Order yourself a DeLuxe® Fruitcakes today!