What is National Peach Pie Day? 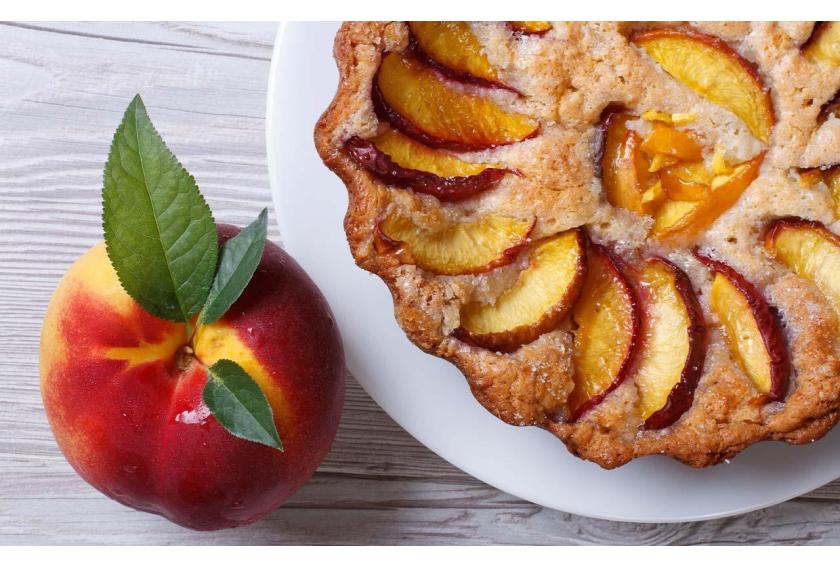 What is National Peach Pie Day?

National Peach Pie Day is a delicious holiday celebrated annually on August 24th. This luscious holiday is enjoyed by peach-pie fanatics and dessert lovers alike. Whether you enjoy your peach-pie piled high with whip cream or rich vanilla ice cream, its observance is always enjoyed.

A History of Pie

The first pies were called “coffins” or “coffyns,” meaning basket or box.   Unlike today, the first pies made were not filled with sweet, soft fruits, but instead a combination of savory meats and sauces.  These meat pies were free-standing, constructed of a sturdy pastry which could be shaped into tall, straight-sided walls. Once the base and walls of the pie were created, a filling of meats would be ladled inside and then baked for many hours.  This long period of baking created a succulent and tender filling leaving the crust hard and inedible. Ultimately, ancient pie crusts served as modern-day casserole dishes and were tossed aside once the pie was finished baking.

The pastry was a staple ingredient in primitive menus and was often times taken for granted.   The majority of early cookbooks excluded the recipe for pastry assuming the chef was learned in the art of its creation.  It was not until the 16th-century cookbooks began including the ingredients and directions for creating pasty. Historians speculate this was caused primarily by the rise in the number of amateur home cooks requesting more specific written cooking instructions.

Over time, as the recipes’ notoriety spread throughout Europe and over to the Americas, modifications were made to the method of creation, altering pie’s reputation.  Ingredients were substituted based on regionality and seasonal availability. Metal dishes replaced dishes composed of pastry. The traditional American pie is now more closely associated with the European tart;  both consist of softened fruit laced in a syrupy sauce of juice and sugar, baked in a shortcrust pastry till golden brown and bubbly. Clearly, too sweet a concoction to suitably serve as the main course, modern day pie was reallocated to the end of large meals left to reside as the saccharine-laced reward for a clean plate.

The Adventures of Huckleberry... Pie?

Mark Twain really had an obsession with pie.  In fact, one of Twain’s most notable written works, The Adventures of Huckleberry Finn, was born out of Twain’s longtime love for Huckleberry Pie.   It was often said, Twain would eat half a pie for breakfast and the other half for dinner.  Twain even wrote his own pie recipes! His ultimate favorite being a concoction he dubbed “Apple Mush Pie,” which consisted of applesauce baked into a pie filling and served with whipped topping.

It was even commonly known, when bouts of depression would strike, a common symptom associated writer's block, Twain’s life-long housekeeper and close friend, Katy Leary, would bake a pie luring Twain out his melancholy state.

Enjoying an impeccable summer peach under the hot summer sun is a messy but delicious experience. For most of us, enjoying a truly perfect peach is an occasional event.  However, a sublimely made peach pie impeccably preserves the essence of a summer peach even in the middle of winter. By adding a dash of sugar, a spritz of lemon juice,  and a sprinkling of nutmeg, a well-made peach pie is the perfect balance of sharp and sweet flavors.  Add a crown of vanilla ice cream to your Peach Pie à la mode, and you’d think you were in heaven.

Where Can I get Peach Pie?

When you are ready for some heavenly dessert, stop by Collin Street Bakery for a slice of our famous peach pie.  Our recipes have been perfected over the last 122 years. We might be biased, but we think our peach pie will make you see the light.

Visit our Collin Street Bakery retail locations to try our delicious peach pie for yourself, you’re going to be glad you did! If you can't come and see us right now, why not check out our selection of pies online?